Analytical Molecular Dynamics Of Fluids: From Atoms To Oceans

A. ten Bosch
The book fills the gap between phenomenological models and modern developments and represents current research in the theory of complex fluids. The text is an outgrowth of material used by the author in graduate courses of fluids for engineering and physics students in material science. 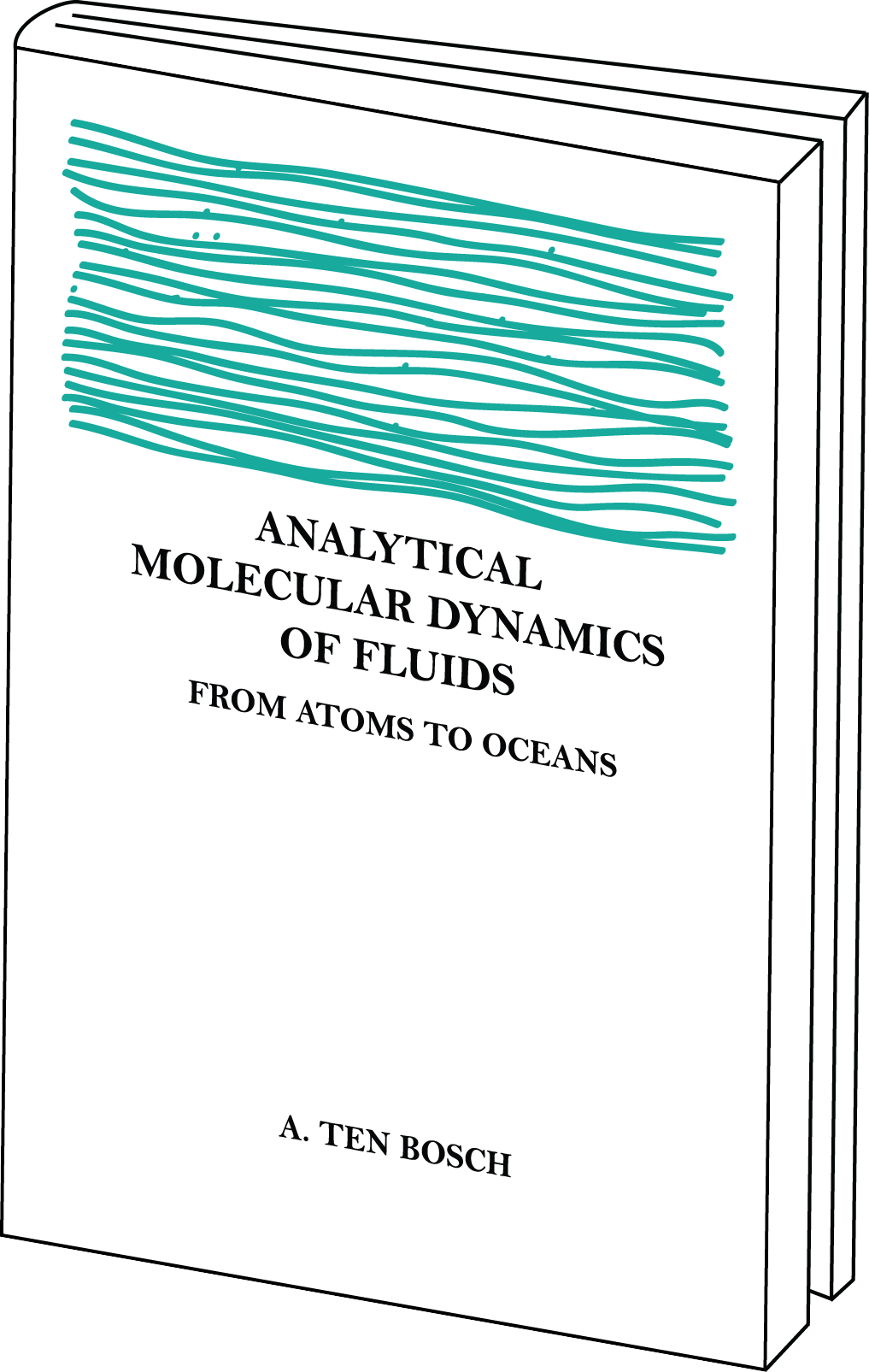 The author joined the CNRS in 1983 as a research scientist at the Laboratory of Condensed Matter in Nice, France. She received her physics diploma (1968) and doctorate (1973) at the Federal Institute of Technology (ETH) in Zürich and has worked with Laboratories around the world. She has published over 80 articles on complex fluids, from liquid metals to liquid crystal biopolymers, contributed chapters to six books in the field, participated in numerous industrial contracts and directed a European project on innovative membranes. She is a member of the American Physical Society, the Materials Research Society and the North American Membrane Society.

A Short History of Fluid Science

The study of fluids is as old as science itself. Ancient civilisations used hydraulic engineering for irrigation of crops and sanitation. A source of energy since prehistoric times fluid phases make up three of the four "elements" of antiquity: air, water, fire. Empirically oriented investigations of nature in ancient Greece led to the study of hydrostatics (Archimedes 250 BC); the idea of atoms was proposed to explain the structure of matter (Leucippus, Democritus 500 BC). The works of Greek philosophers and scientists which survived until the Renaissance were a source of inspiration for medieval scholars. The dominance of Aristotle (384-322 BC) profoundly shaped medieval thinking. His rejection of atomistic theory delayed acceptance in Western Europe until the 17th century although it survived in the Indian and Islamic scientific world. The kinetic theory of gases (Daniel Bernoulli 1700-1782) described a gas as a number of colliding particles and resulted in the statistical law of distribution of particle velocity (Maxwell 1859) and its generalization (Boltzmann 1871).

The application of the laws of motion of particles (Newton 1643-1727) to a continuous medium furnished a mathematical theory of hydrodynamics (Euler 1757, Helmholtz 1850) and then aerodynamics (Prandtl 1875-1953). A bridge between continuum theories of fluids and the atomistic model of kinetic theory was provided by a model for the evolution of the phase space distribution function (Boltzmann 1898, Fokker, Planck 1913); the equations of hydrodynamics are (velocity) averages of the (velocity) moments of the distribution.

Irreversible processes in fluids were studied by a formulation of entropy for non-equilibrium situations incorporating fluctuations of the system and stochastic processes (Onsager 1931, Prigogine 1947, Kirkwood 1907-1959, Bogoliubov 1909-1992). After 1946 the statistical mechanical theory of dense classical fluids progressed rapidly using the particle density and density correlation functions in a classical density functional theory for thermodynamic properties (J.K.Percus 1964). Advances in computer technology made numerical simulation of fluids possible, by the Monte Carlo method (Metropolis 1949) or by molecular dynamics in model potentials (Rahmann 1964, Verlet 1967) providing "experimental" verification of theories on an atomistic level.

Fluid science is a set of physical laws to predict the behavior of gases and liquids at rest and in motion.
The field has many applications ranging from civil engineering to nanotechnology.
Here is an illustration of the method of analytical fluid dynamics applied to filtration technology used in prevention and control of air pollution: